To illustrate, below is a tale of two interest rates. While the Federal Reserve pursued QE to help rescue the US economy, the ECB fiddled while Europe (and Germany) burned. 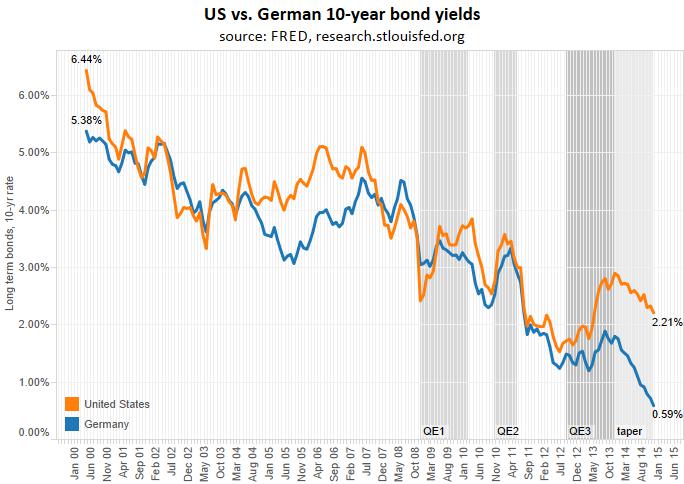 Look at the graph, and answer these two simple questions:

The United States has higher interest rates despite what everyone would admit is looser Federal Reserve policy when compared with the European Central Bank. Furthermore, whenever the US pursued QE (and then aggressive QE in version 3.0), bond yields spiked.

For all the hard-money types who think the road to higher interest rates is through Fed tightening now, think again. We’ll only reach our Valhalla of higher risk-free returns when expectations of nominal growth and inflation return to normal. And it’s only when the Fed holds a gun to the economy’s head demanding growth that it actually happens.