Whenever I’m scouring the markets for investment ideas, I try to fish in pools where there’s value rather than growth. For example, when using Google’s stock screener, I’ll look for low P/E ratios, low price/book ratios, low price/sales ratios, large 52-week negative declines, a reasonably-sized market cap and decent dividends. Maybe all of those will apply, maybe just a couple. If Warren Buffett happens to own a stock, I’ll give it extra attention as I know the management will probably be top-notch. At the moment, I’m avoiding energy stocks since their currently outstanding ratios are based on a period of high energy prices (and who knows whether the low or high prices was the outlier).

After finding a few good prospects on Google, it’s over to Morningstar to figure out if a stock has the right history for me to buy. Let’s use HSBC as an example.

Quote tab, what to look for: 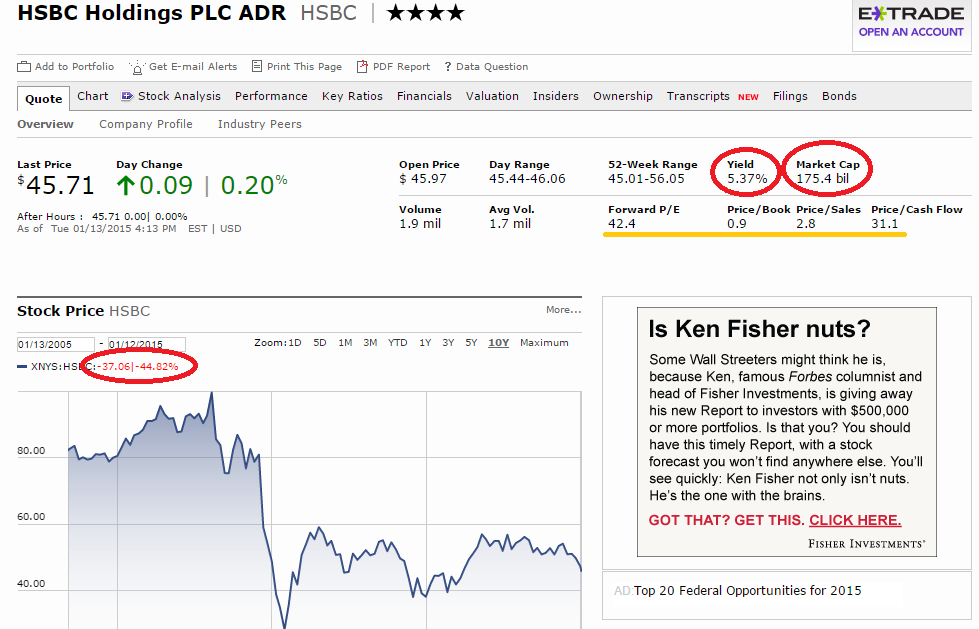 Key ratios tab, what to look for: 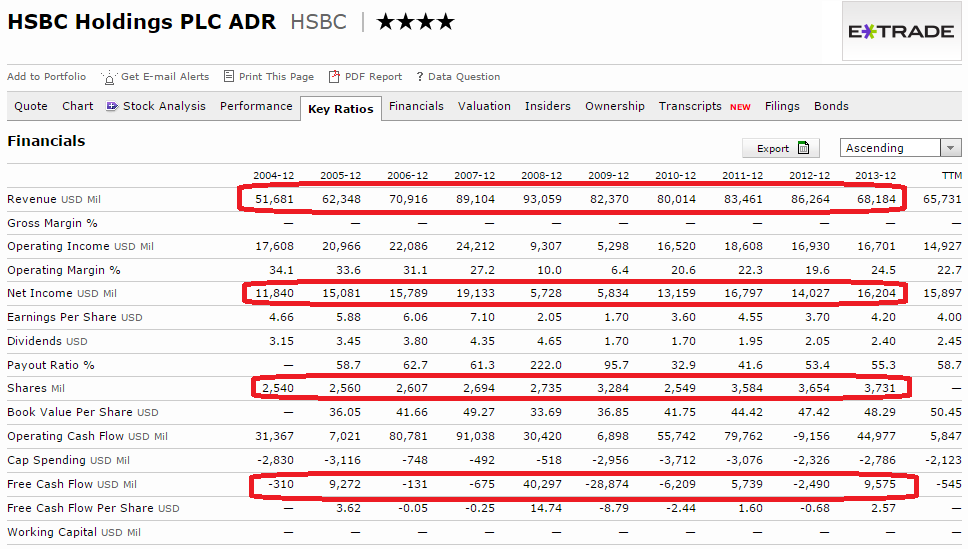 Financials>Cash-flow tab, what to look for: 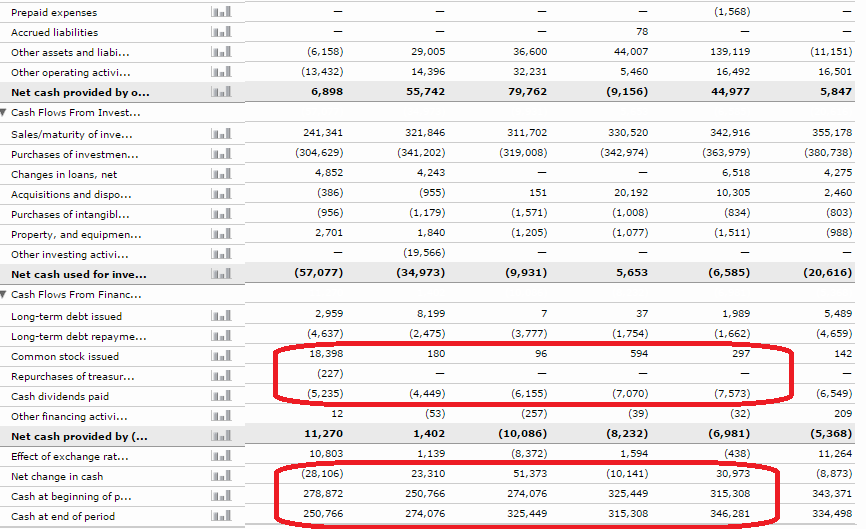 Financials>Balance sheet tab, what to look for: 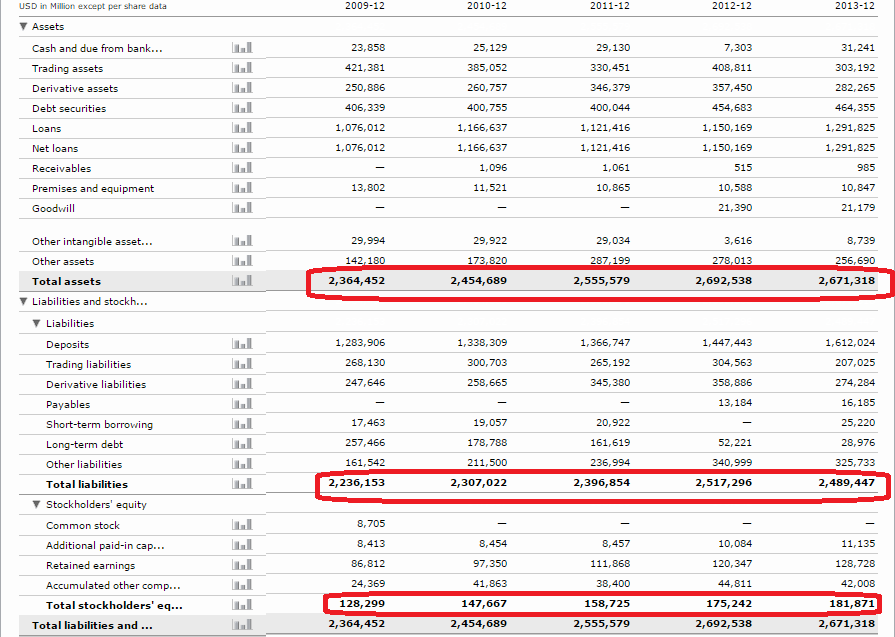 Putting it all together, HSBC is valued by shareholders at $175 billion. It earns a steady-looking $15-$16 billion, or a respectable 8%-9%. Free cash flow looks worrisome, but this may be from fines from the financial crisis. This requires reading HSBC’s annual reports (not everything is in Morningstar). But we want to know how much HSBC is returning to shareholders. And the only ways a company can return money are through stock repurchases, dividends or increasing equity.

Looking at cash flows from investing activities, HSBC issued a massive $18 billion in new stock in 2009. But since then, it has been issuing a much smaller $300 million a year or so, compared with $5-$7 billion in dividends. And HSBC’s equity has increased by $34 billion over the past 3 years. This sums roughly to:

Adding those all up results in $15.7 billion returned to shareholders each year over the last three years. Compared to $175 billion in market cap, around 9% (not bad in the era of 2% treasury yields). But further research is required into 1) why HSBC’s sales has declined, 2) why HSBC has so much capital expenditure and 3) whether HSBC is well-capitalized enough to avoid massive share dilutions in the future. The overall picture so far suggests that HSBC is an undervalued giant that will generate a healthy dividend income.